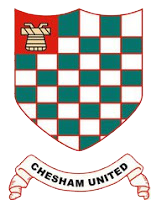 Under the guidance of manager Andy Leese and assistant manager Jon Meakes the Generals finished 2nd in the Southern League Premier Division in season 2013/14, thus qualifying for a play off position for the 3rd year running.

A semi final win against old foes Stourbridge set them up with a home final tie against St Albans city, unfortunately it was not Cheshams year again losing 2-3 to the Hertfordshire side.

In the league goals were aplenty with the club scoring an incredible 102 league goals, with the 2 main strikers Drew Roberts and Chris Dillon scoring a total of 64 goals between them.

The clubs playing record for season 2113/14 was