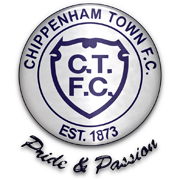 With a change of management early on during the season 2013/14, with Mark Collier and his assistant Tom Jones installed at the helm, the Bluebirds avoided finishing in the relegation places, eventually finishing in 18th position, ensuring their place in the Southern League Premier Division for the 2014/15 season.

The ‘BlueBirds’ playing record was as follows for the 2013/14 season: