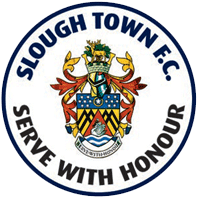 Slough Town won promotion in season 2113/14 via the playoffs After finishing 5th in the Southern league division one central division.

The Rebels of course have a long history of playing at a higher level of the non league pyramid.

Under the guidance of Jon Underwood and Neil Baker the club have joined the elite of the southern league premier division.