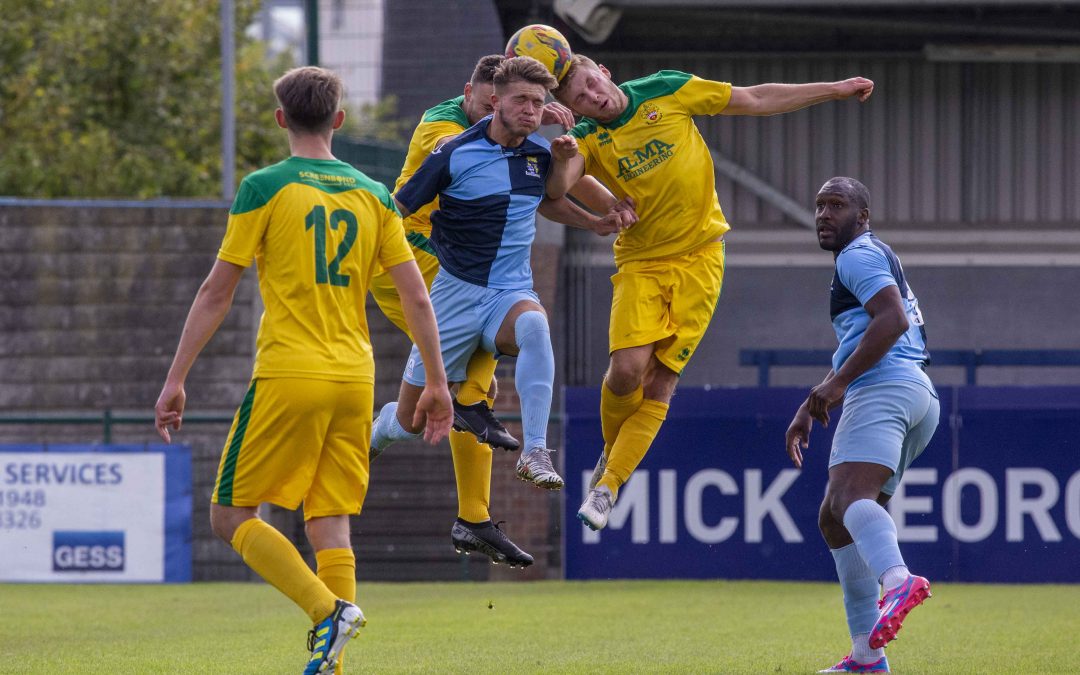 St Neots final home pre-season run-out produced a competitive and entertaining contest with higher graded visitors Hitchin Town just scraping home, courtesy of a second half penalty goal.   St Neots were without injured trio of goalkeeper Louis Chadwick, Sam Goode and Dequane Wilson-Braithwaite and Adrian O’Hara (Illness) .  There was also a first start for midfielder Myles Cowling whilst Hitchin included defender Layne Eadie in their side who had featured for St Neots in the 2011/12 season.   It will be regarded as a very useful workout for St Neots ahead of their Preliminary Round FA Cup match at Soham n

ext weekend when Manager Barry Corr will be hoping to have a full squad to choose from except Ryan Robbins who will be serving the second of his three matches suspension.

A very healthy crowd of over 200 saw a lively first half contest with both teams prepared to commit to attack each time the opportunity presented itself, and within three minutes St Neots new striker Leon Lobjoit almost exploited defensive hesitation but visiting keeper Charlie Horlock came to his sides’ rescue with a reflex save.   At the other end after 15 minutes a Jhai Dillon free kick beat the keeper but defender Tom Dickens cleared off the line and then good defending by Tarik Dallas foiled another searching attack. 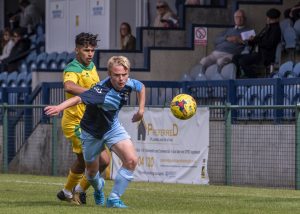 St Neots looked dangerous on the break and Lobjoit’s pace created two chances for the home side – the first foiled by a brave close range block by visiting keeper Horlock, and the second, a free kick which skimmed the wrong side of the cross bar after he had been fouled just outside the box.   St Neots made a first half change introducing Joe Sutton for Cowling and Hitchin finished the half in style with one open chance going begging when Kai McKenzie-Lye seemed to misjudge a shot but Rio Dasilva’s cross was cleared, and then Dillon was played clear of the defence but his wild finish was too high. 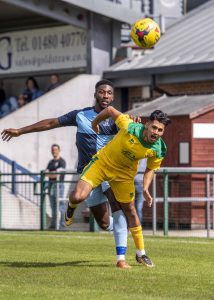 The start of the second was also evenly contested, but gradually with the assistance of a stream of substitutions, Hitchin began to take control.   St Neots’ early chance fell to Ingi Hassani who fired wide after great approach work by Jake Battersby but the pressure on the home defence was beginning to tell and on the hour home skipper Lee Watkins clumsily upended a visiting substitute and from the penalty spot former Saint Layne Eadie sent the keeper the wrong way to claim what was to prove the winning goal. 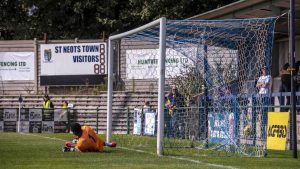 St Neots’ sent on Sam Gomarsall to replace the tiring Watkins and many of Hitchin’s best openings were repelled with Adam Smith, Tarik Dallas and Tom Dickens combining well in defence.  The visitors’ best opening fell to the unmarked Laurie Marsh at a corner, but he directed his header over the cross bar.   St Neots finished strongly as they went in search of a late equaliser and in the last three minutes they won three corner kicks and following one of those Battersby went around the outside of his marker to find Lobjoit, but his finish was just the wrong side of a goal post.

Photographs Courtesy of Peter Else – www.flickr.com/photos/davenport_road