Worman Doubles Up To Earn Away Point At North Leigh 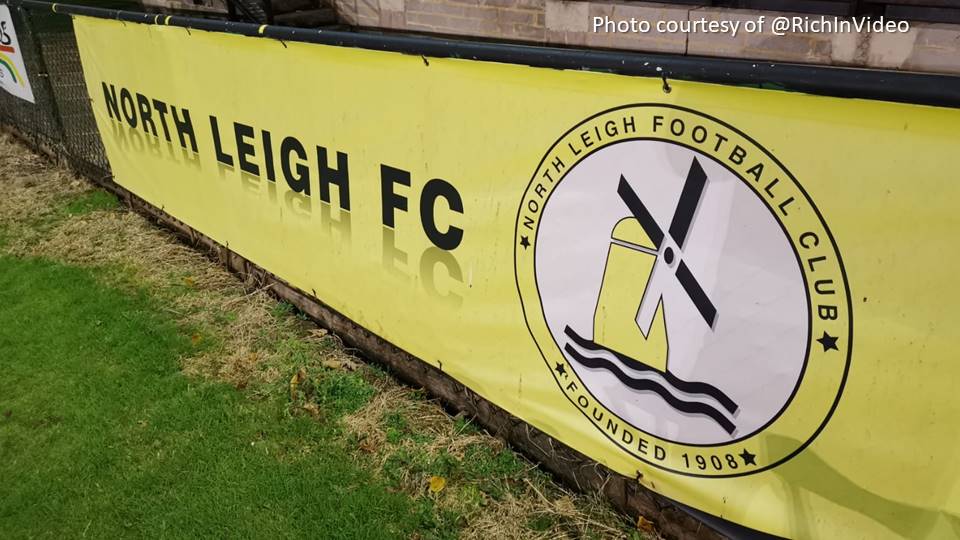 St Neots conceded a late goal in injury time to drop two more league points after their long midweek trip to Oxfordshire.    They deserved better after recovering from being behind at the break, to dominate for long spells in the second half, but the ariel threat from the home side especially at set pieces proved to be their undoing.   It was pleasing that the goals continued to come – fifteen now in five matches that makes them the second best in the league, but defensively there are still gaps to be plugged if they are to capitalise on their improvement at the other end of the field.   For the first time the starting line-up  was unchanged with recovering striker Leon Lobjoit and player/manager Barry Corr on the bench, and the overall performance was solid with Ben Worman’s two goals looking likely to hand his side a first away victory of the current campaign, but the sheer persistence of the home side after going behind afforded them their point as they still seek their first league victory of the season.   The loyal band of St Neots’ followers returned home disappointed but will have been boosted by the overall performance of their side.

Kicking up the slope in the first half, St Neots took some time to find their rhythm, with a long-range effort from Ton Dickens their most notable effort after a quarter of an hour.   The home side had begun well with St Neots keeper George Whitehall twice having to leave his line to block early efforts.   Then the pressure by the home side paid dividends after 29 minutes, when Aaron Smith was dispossessed in midfield and Lance Williams fed George Seacole, his delightful lob over the advancing Whitehall put North Leigh in front.    Shortly afterwards Elliott Osborne-Ricketts should have done better than shoot wildly over the bar following some pressure from St Neots that had failed to produce a positive result.   As half time approach another defensive error by the visitors allowed the lively Seacole a free run at goal but he shot wide.

The second half saw a transformation of fortunes as St Neots settled to dominate much of the play.   They were rewarded after 57 minutes when the impressive Ben Worman picked up a pinpoint cross from Liam Bennett to beat the home keeper to level the scores.   The pressure on the home defence was continued as Dequaine Wilson-Braithwaite broke up a home attack and raced almost the full length of the field unchallenged before being thwarted by a defender.   Lee Watkins then set up Worman for a shot from the edge of the area that was blocked, but the visitors’ were not to be denied and after 73 minutes St Neots substitute Leon Lobjoit beat two but saw his effort blocked, but the ball ran loose and Ben Worman struck home a low shot to put St Neots ahead.   It was no more than they deserved and four minutes later it could have been even better, but the Referee waved away what looked to be a deliberate handball offence in the North Leigh penalty area.    Shortly afterwards a Worman free kick was deflected for a corner and then a Lobjoit shot after neat play by Jake Battersby failed to test the home keeper.   Four minutes from time North Leigh squandered a free kick on the edge of the St Neots penalty area and a first away league victory for the Saints was looking on the cards, however, a minute into added time St Neots conceded a free kick and one of a trio of very tall home players Adam Learoyd rose high above the packed defence to head past Whitehall to rob St Neots Town of the two extra points they had deserved. 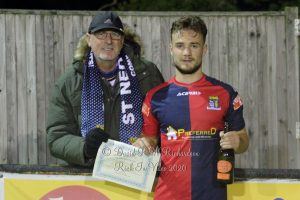