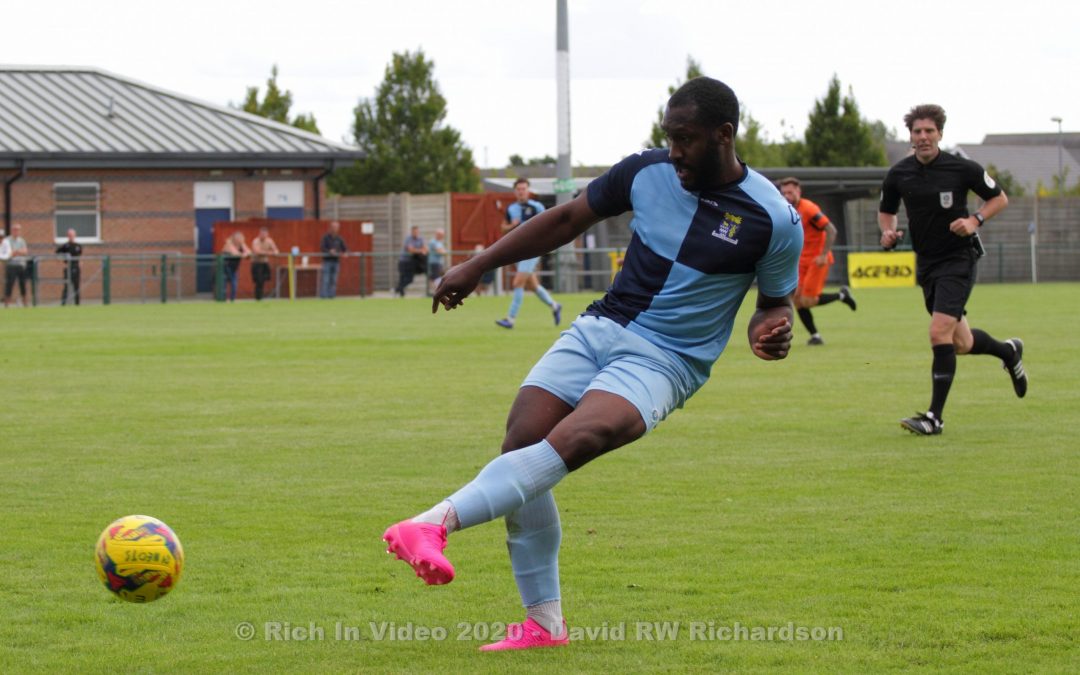 The results of pre-season friendly matches are not important and quickly forgotten but this contest had a rather strange twist in its tail. As he had done in his sides’ previous warm-up match, St Neots Manager Barry Corr opted to make this match a dual-purpose affair, and fifteen minutes from time he made TEN substitutions sending on his youth side, leaving just goalkeeper Louis Chadwick on the pitch. At that point St Neots was coasting on a 2-0 lead achieved in the first 23 minutes of the match but to St Ives’ credit they spotted their chance and took full advantage. Three goals in a six minutes spell exposed the inexperience in the St Neots youngsters, but overall Mr Corr must have been delighted with the display of his senior squad in the first 75 minutes. With his new signings settling in nicely he will now be looking forward to his sides’ first competitive match in ten days’ time – an away trip to play Pinchbeck United in the Extra-Preliminary Round of the FA Cup – with a financial reward of £1,125 for the winners.

For the first time in more than five months spectators were permitted to see their revised team under prescribed COVID restrictions, and they must have been suitably impressed. For the second consecutive match the St Neots hero was striker Leon Lobjoit whose double took his tally to four goals in two matches, but this was a team performance. 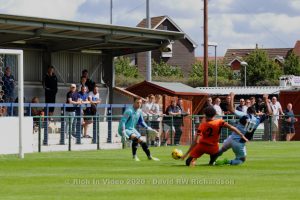 After just four minutes Sam Gomersall forced his way to the bye line and crossed for Leon Lobjoit to smash home from close range and nine minutes later with St Neots in control, the same player was only just wide of target from distance.  Little was seen of the visiting attack and their best effort came when a forward was left unmarked at the far post, but he dragged his shot wide of the opposite upright. 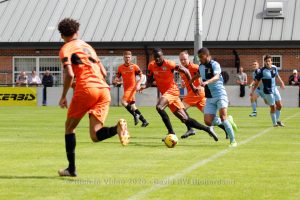 After 23 minutes it was 2-0 to St Neots as recent re-signing Joe Sutton set up Leon Lobjoit who went outside his marker to net with an angled shot. He then found the side netting with another effort before his strike partner Ryan Robbins sent a fierce effort narrowly over the crossbar.

There was little quarter asked or given in a feisty start to the second half. Another Lobjoit effort was too high and the impressive Joe Sutton was tantalising the visiting defence, first bringing the save of the match from the keeper, and then firing just over the bar after great work by Lee Watkins. Robbins suffered further frustration after robbing a defender but seeing his effort pass the wrong side of a post and with a quarter of an hour left the wholesale changes were made.   From that point St Ives dominated and put their revised opponents under great pressure. The game petered out with both sides having gained important match time in an interesting encounter.